Life among U.S. enemies: Embedded with the Taliban

Rarely seen by outsiders, the daily life of a regional Taliban commander named Dawran and his militant fighters is dominated by extremes: love and war, attack and retreat, life and death.

For nine days in October 2009, Norwegian journalist Paul Refsdal was behind the lines with the Taliban, embedded as no Western filmmaker before him. And he was there to witness firsthand the jarring juxtapositions in Dawran's life, at turns - directing an attack against U.S. forces in Afghanistan's treacherous mountains - then hours later at home, a father playing with his children.

To capture these intimate and unprecedented images, Refsdal risked his life to embed with Dawran and his fighters in Kunar Province - the northeastern region where al Qaeda is active and Osama bin Laden was once rumored to be hiding.

CNN speaks to Pakistan's ambassador to Britain about the latest WikiLeaks release.

Sgt. Luallen is currently on his 3rd deployment, his first to Afghanistan. His wife sends this salute to her soul mate. 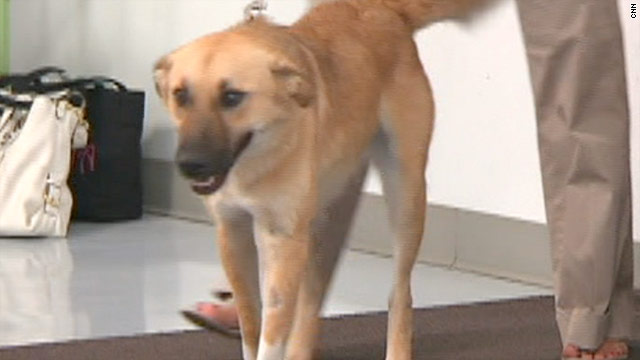 A dog rescued from Afghanistan after she alerted soldiers to a suicide bomber was accidentally euthanized at an Arizona shelter on Monday.

A Pinal County Animal Care and Control employee has been placed on administrative leave for failing to follow procedures and euthanizing the wrong dog.

Watch file video of "Target" reuniting with a U.S. soldier he saved in Afghanistan