Number of Afghanistan refugees has doubled

They are the faces of civilians caught in the crossfire in Afghanistan. Facing internal conflict, the number of people fleeing their homes in Afghanistan has more than doubled compared to this time last year, says Refugees International, an advocacy group for displaced persons.

"In the first five months of 2011, we have more than 91,000 people fleeing their homes. And this is in comparison to last year at the same time period when there was 42,000," Refugees International advocate Lynn Yoshikawa said. END_OF_DOCUMENT_TOKEN_TO_BE_REPLACED

That attack happened before a scheduled meeting between French Defense Minister Gerard Longuet and Afghan military officials. The meeting has since been canceled. Longuet was not inside the building when the attack took place, according to a French Defense Ministry spokesman. END_OF_DOCUMENT_TOKEN_TO_BE_REPLACED

The 'Band of Brothers' lives on

The passing of Maj. Richard "Dick" Winters has reduced the ranks of the legendary "band of brothers," the men of Easy Company, the 506th Parachute Infantry Regiment, 101st Airborne Division.

But their valor lives on in today's troops, especially the young men and women of the Army's "Screaming Eagles" 101st Airborne Division.

As a reporter who has regularly traveled through Afghanistan with them, let me assure you at some moment, suddenly, Easy Company is there with you in that war zone, just as earlier members of E Company were there for each other and for their country in World War II. END_OF_DOCUMENT_TOKEN_TO_BE_REPLACED

“These gains remain fragile and reversible.”

From a strictly military point of view, this sentence in President Barack Obama's review of the Afghan war may be the most critical. U.S. and coalition forces can’t turn over security to Afghans if local security forces can’t hold an area — and that’s the key to U.S. forces coming home.

And the key question: Is any of the stated progress actually enduring and permanent? END_OF_DOCUMENT_TOKEN_TO_BE_REPLACED 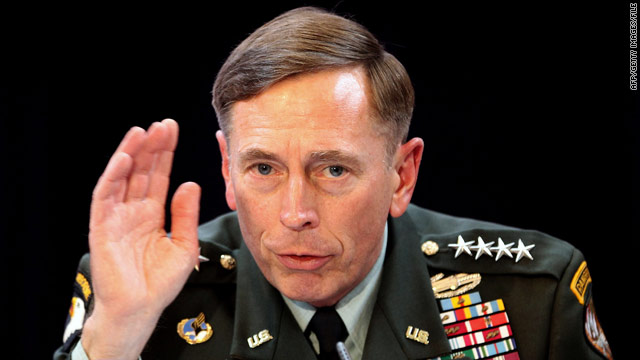 U.S. hands over some territory to Afghan security forces

KABUL, AFGHANISTAN (CNN) - While President Barack Obama and the military talk about transferring territory to the Afghans next summer, in many places across Afghanistan, largely out of public view, the handover of security, from U.S. to Afghan forces, has already begun on a small scale.

In the last several days, U.S. Marines in southern Afghanistan have handed over two small outposts to Afghan forces in the district of Nawa, a place which once saw heavy fighting, a senior ISAF official confirms to CNN.

Across the country, several small outposts have either been turned over to the Afghans, or U.S. troops have pulled out of areas because Afghan control is sufficient the official said. These moves are in advance of the broader turnover of entire provinces, districts and sub-districts to Afghan control that is expected to begin in 2011. However, coming just days before the mid-November NATO summit in Lisbon, Portugal, these minor moves will give the alliance, and the Obama administration, the ability to announce that transition on some scale has begun.
END_OF_DOCUMENT_TOKEN_TO_BE_REPLACED

He said he expects to be able to recommend to President Barack Obama that the number of U.S. troops in Afghanistan could begin to be reduced in July 2011, but he declined to say how many troops might be headed home.  Read more on the transition, Karzai and more