Slice of life in a war zone

In part of the series, the Other Afghan Offensive, CNN's Jill Dougherty spends a day at the U.S. Embassy in Afghanistan.

Many of the women we came across while traveling the country defied these labels. END_OF_DOCUMENT_TOKEN_TO_BE_REPLACED

In part of the series, the Other Afghan Offensive, CNN's Jill Dougherty explains how the U.S. is helping Afghan farmers grow new crops. 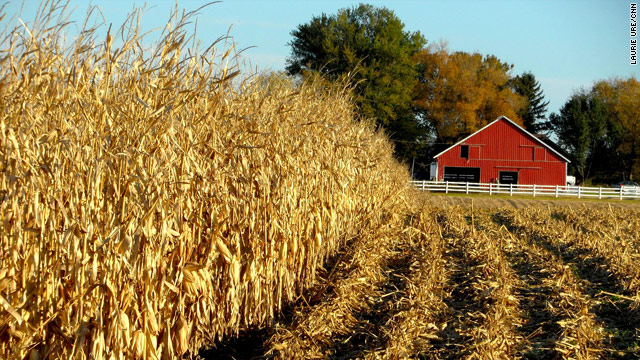 Editor's note: CNN Foreign Affairs Correspondent Jill Dougherty and National Security Producer Laurie Ure were given exclusive access as the Afghan and Pakistani agricultural ministers went to Iowa. See the report Monday on CNN's "The Situation Room" with Wolf Blitzer (5 to 7 p.m. ET) and on CNNi's "Connect the World".

Across the road from his cornfield in Colo, Iowa, family farmer Keith McKinney pulls out his cell phone and checks the latest market prices from the Chicago Board of Trade.

Armed with that information, McKinney can sell his crops when he wants, locking in prices even before they're planted.

The meanings behind the head coverings

In Afghanistan, almost everyone wears a head-covering: scarves, turbans, hats. They've done it for thousands of years. Each headdress has a history and each sends a message that non-Afghans often don't understand - or misinterpret.

A dirt road leads to the "Kabul Golf Club," the only golf course in Afghanistan. The course was opened in 1967, but shut down when the Taliban gained power in Afghanistan's civil war.

The nine-hole course reopened in 2004 - after the fairways were cleared of abandoned Soviet tank parts, artillery pieces and mines. (More on the golf course)

For the first time, Afghan President Hamid Karzai says he is committed to allowing two key government anti-corruption units (the Major Crimes Task Force and the Sensitive Investigative Unit) to operate without political interference. Karzai made the announcement after a series of meetings in Kabul on Thursday night and Friday in which he met with Afghan and U.S. officials, including U.S. Sen. John Kerry.

In an exclusive interview with CNN after the meetings, Kerry said, "For the first time, the president has publicly committed to proceeding forward with the Major Crimes unit investigations and done so with a guarantee that it will be free from political influence. I think that's important."

Asked whether he believes Karzai's promise, Kerry told CNN, "It's not important that I believe the promise, it's important whether or not, in the next days, the promise is kept."

"In the end, the test will be what the government of Afghanistan does itself to assume those responsibilities. ... Let's just see over these next weeks that the actions speak louder than words."

Read more about the meetings

KABUL — I’m in the back room of a gemstone workshop in Kabul. The owner of the store, Abdul Wasi, pulls off a large, dusty cardboard sheet and points to the pile of stones beneath it.

Even covered with dust, the intense blue is visible. Wasi wets his finger and rubs it along the surface of one of the stones. It’s the bluest blue, a vibrant, intense shade of sapphire. Not shiny, but deep and glowing.

There are smaller deposits of lapis lazuli in other parts of the world: Siberia and Chile, for example. But Afghanistan is the mother lode of lapis. END_OF_DOCUMENT_TOKEN_TO_BE_REPLACED

'Alarming' rate of drug use among women, children

KABUL — The 18 women sit cross-legged on metal beds, wearing long, loose dresses and nightgowns, their heads completely covered with shawls. They do not want us to see them. Some of them are holding babies in their laps.

They are addicted to heroin and opium, products of Afghanistan's richest and cruelest crop, poppies. Some of their infants are addicted, too. END_OF_DOCUMENT_TOKEN_TO_BE_REPLACED