Children forced to work in Afghanistan

CNN's Backstory talks with the filmmakers of "Unnoticed: Children of Kabul" – a film about child labor in Afghanistan.

Each workday, Sgt. Pari Gul a mom-of three, stands guard at Kabul's East Gate Checkpoint. In a war torn country as religiously conservative as Afghanistan, her very presence is both a warning to militants and a provocation to hardliners.

Gul works the Pol-e-Chakhri checkpoint at the end of an 80-mile stretch that connects the capital to the largest city in the east, Jalalabad.

The road itself is treacherous, widely considered to be one of the most dangerous in the world.

Twisting mountain roads, deep ravines, no speed limits and military camps along the way are a recipe for terrible road accidents. It is also a route for insurgents crossing the border from Pakistan and heading for Kabul

Editor's note: David Frum writes a weekly column for CNN.com. A special assistant to President George W. Bush from 2001 to 2002, he is the author of six books, including "Comeback: Conservatism That Can Win Again," and is the editor of FrumForum.

The killing of Osama bin Laden raises many haunting questions. Here's the most important:

Has our mission in Afghanistan become obsolete?

To think through that question, start with a prior question: Why did we remain in Afghanistan after the overthrow of the Taliban?

The usual answer to that question is: To prevent Afghanistan from re-emerging as a terrorist safe haven.

There have always been a lot of problems with that answer. (For example: Does it really take 100,000 U.S. troops, plus allies, to prevent a country from becoming a terrorist safe haven? We're doing a pretty good job in Yemen with a radically smaller presence.)

How bin Laden took on the Soviets

A filmmaker tells CNN's Nima Elbagir what he found out when he filmed Osama bin Laden's jihad in Afghanistan.

The assessment comes as the Pentagon issued its latest semi-annual report to Congress on Afghanistan, which concludes that gains are significant enough to allow for the beginning of transferring security to the Afghans in parts of the country.
END_OF_DOCUMENT_TOKEN_TO_BE_REPLACED

Fareed Zakaria on scaling back the U.S. role in Afghanistan

Last night I talked to Eliot Spitzer about reports of an April 16 meeting between leaders of Pakistan and Afghanistan where, as Eliot said, "these two supposed U.S. allies conspired to throw the U.S. out and look toward China as the benefactor." Here's my view:

Sometimes the United States enters places in South Asia and we assume it is all very simple – there are good guys and bad guys. We are coming in support the good guys, so we presume they should be on our side against the bad guys.

But actually there is an existing set of regional dynamics at work. We’re the interloper. We’re coming into this game pretty late. The regional actors think we are going to leave. 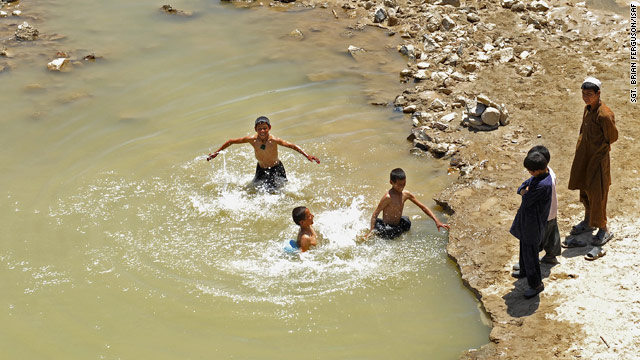 The New York Times' Roger Cohen is angry over the deadly violence in Afghanistan following the Florida Quran burning.