Army sergeant gets new hearing in alleged killing of Afghans

An Army sergeant facing court martial for allegedly leading a rogue group of soldiers accused of killing unarmed Afghan civilians will get a new hearing Thursday.

Sgt. Calvin Gibbs is one of 12 soldiers from the 5th Stryker Brigade accused of taking part in a plot to murder three Afghan civilians, plant weapons on them and cover up the alleged crimes.

More background of the case

Joint Base Lewis-Mcchord, Washington (CNN) - "The plan was to kill people."

That's what Army Spc. Jeremy Morlock said Wednesday during a court-martial proceeding against him, moments after pleading guilty to killing Afghan civilians in 2010.

Lt. Col. Kwasi Hawks, the military judge in the case, had asked Morlock if he and fellow soldiers just meant to scare civilians with grenades and gunfire and it "got out of hand." END_OF_DOCUMENT_TOKEN_TO_BE_REPLACED 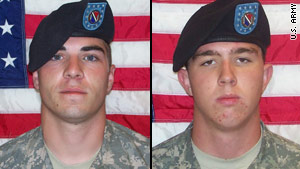 Der Spiegel identifies the soldiers as Spc. Jeremy Morlock and Pfc. Andrew Holmes, who are both facing charges relating to the wrongful deaths of Afghan civilians. END_OF_DOCUMENT_TOKEN_TO_BE_REPLACED 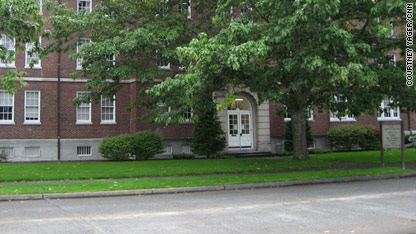 Military officials have referred charges against Staff Sgt. David Bram - in relation to a larger case involving five soldiers accused of killing Afghan citizens for sport - to a general court martial, officials at Joint Base Lewis-McChord in Washington said Monday.

Bram is charged with conspiracy to commit assault and battery, unlawfully striking another soldier, violating a lawful order, dereliction of duty, cruelty and maltreament and endeavoring to impede an investigation. He is not accused of murder or conspiracy to commit murder. END_OF_DOCUMENT_TOKEN_TO_BE_REPLACED

A hearing for a soldier accused of killing Afghan civilians for amusement enters a second day Tuesday at Joint Base Lewis-McChord in Washington state.

Military officials will determine if there is enough evidence to court martial Pfc. Andrew Holmes over the allegedly premeditated deaths of three Afghan civilians.

Holmes is also charged with smoking hashish, possessing a dismembered human finger and wrongfully possessing photos of human casualties. He is accused of conspiring with Spc. Jeremy Morlock to shoot at a civilian and then toss a grenade so it would look like the soldiers were under attack.

Pfc. Andrew Holmes of Boise, Idaho, faces military officials Monday who will determine if there is enough evidence to court-martial him over the premeditated killing of three Afghan civilians.

He is one of five U.S. soldiers from the 5th Stryker Brigade accused of killing them for sport and staging the deaths to look like legitimate war casualties.

Spc. Jeremy Morlock was the first of the five to face an Article 32 hearing at Joint Base Lewis-McChord in Washington.

Mother of accused soldier asks 'Where was the Army?'

Five American soldiers have been charged with killing Afghan civilians for sport and staging the slayings to look like legitimate war casualties. The youngest of those five - a now 20-year-old private from Idaho - came home a changed man, his mother says.

And, said Dana Holmes, the Army not only should have known something had gone dreadfully wrong, but commanding officers should be held responsible.

"The man that came home was not my son," said Holmes. "He was very thin. He'd lost about 50 pounds. He said the Army told him he had a parasite. I made him his favorite sandwich, and it took him two days to eat the whole sandwich. Just couldn't eat, he didn't sleep."

First, Justin Stoner blew the whistle on his platoon. Now, the Army apparently wants to silence him.

In photos obtained by CNN, Stoner sports bruises and abrasions on his back, chest and near his neck - the marks of a beating inflicted by fellow soldiers as payback for reporting their rampant hashish use, the Army said.

At the time, those close to the investigation tell CNN, Stoner just wanted the smoking in his tent and around him to stop. So he went outside his group and reported the drug use to his superiors.

But that move, and the subsequent beating he endured for being viewed as a snitch, triggered a wide-ranging criminal investigation that has left some soldiers accused of killing innocent Afghan civilians and others accused of posing in gruesome photos with the dead or keeping body parts as war trophies.

Army may have known in February about Afghan murder

The Army may have known months ago about serious misconduct - including the apparently unprovoked murder of a civilian - by members of a platoon in Afghanistan but failed to act on it before at least one other murder occurred.

In an interrogation tape obtained by CNN, Spc. Adam Winfield, 21, tells an Army investigator in May that he told his father in February that he feared for his life after hearing that others within his platoon had murdered an Afghan civilian. He feared that his comrades - members of the 5th Stryker Brigade - were hunting for other victims, he said. END_OF_DOCUMENT_TOKEN_TO_BE_REPLACED