The intelligence officials asked not to be named because they were not authorized to speak to the media.
END_OF_DOCUMENT_TOKEN_TO_BE_REPLACED 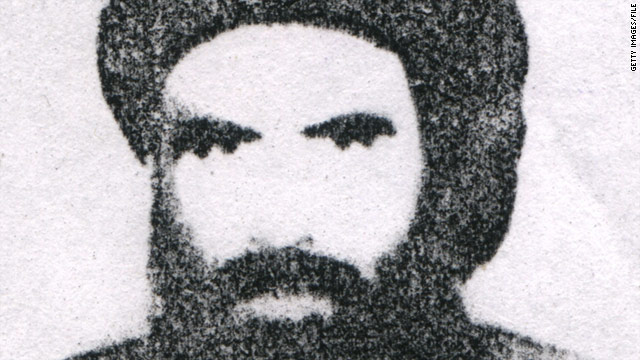 The Afghan Taliban forcefully denied reports Monday that their leader is dead, dismissing them as "claims and rumors" from the "Kabul stooge regime's intelligence directorate."

Mullah Mohammed Omar "is alive and well and is leading the Mujahideen in all aspects while living safely with reliance on Allah," spokesman Zabihullah Mujahid said.

His statement came after suggestions that Omar might have been killed recently.

10 Pakistani troops killed in gun battle at naval base

At least 10 members of Pakistan's military were killed in a gun battle between security forces and Taliban militants at a naval base in the coastal city of Karachi, authorities said Monday.

The clashes raged for hours after attackers with guns and grenades stormed the compound Sunday night. By Monday afternoon, the base had "been cleared from the terrorists," a Pakistani navy spokesman said.

In addition to the 10 dead, at least 15 other Pakistani troops were wounded in the fighting, Pakistani Interior Minister Rehman Malik said. 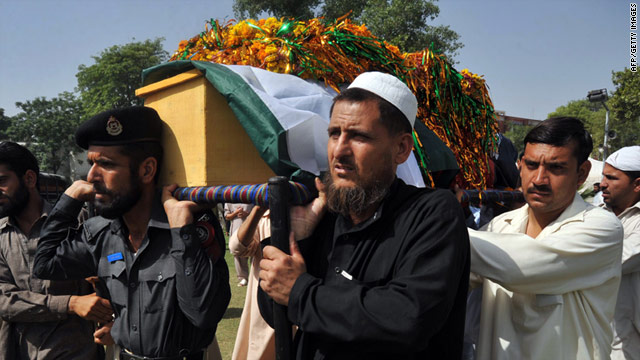 Relatives and officers carry the coffin of a Pakistani policeman killed during a militant attack in Peshawar on Wednesday.
May 18th, 2011
11:04 AM ET

Ten militants were killed in the gun battle that occurred in a village near Peshawar, a senior police official said.

This attack comes a day after a contentious clash between NATO troops and Pakistani forces in the same area.

On Tuesday, two Pakistani soldiers were injured during clashes with NATO forces.
END_OF_DOCUMENT_TOKEN_TO_BE_REPLACED 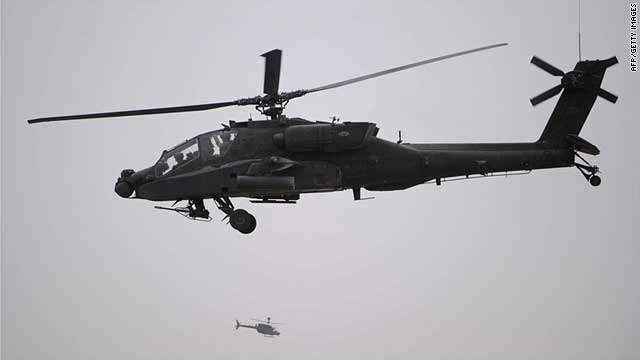 Police stopped the three women and two men after they pulled up to a checkpoint, said Daud Junejo, police chief in Quetta, the capital of restive Balochistan province. The five threatened police, telling them they were suicide bombers.
END_OF_DOCUMENT_TOKEN_TO_BE_REPLACED

he United States has sent drones to strike at suspected militants in Pakistan five times in the last 11 days, nearly triple the pace prior to the successful May 1 raid to kill Osama bin Laden.

Two intelligence officials who asked not to be named because they were not authorized to speak to the media said the suspected drone fired two missiles on a militant's hideout in the area of Mir Ali of North Waziristan, one of the seven districts of Pakistan's volatile tribal region bordering Afghanistan.

The Monday strike was the 25th suspected U.S. drone strike this year, according to a CNN count.