On his knees, Nawroz prays. He is a condemned man about to die in a brutal way.

His crime: The killing of his lover's husband.

The judge: A local warlord in Kand, Afghanistan.

The executioner: The victim's father.

During a vist to Bagram Air Base - the nerve center of American operations in Afghanistan - CNN's Nick Paton Walsh takes a look at the sacrifices members of the U.S. military have made in America's longest war.

Ten years ago, as the first bombs began to fall on Afghanistan, I was almost 500 miles away with our live satellite transmission dish on the roof of the Marriott hotel in Islamabad, Pakistan.

Two weeks earlier the Taliban had forced me out of the country, but before they did I managed to get to their spiritual capital Kandahar, and to our make-shift office in a dusty, drab one-storey villa.

That visit was now proving vital. My cameraman, Alfredo Delara and I set up our staff there - two Afghan brothers - with a camera and satellite phone. Their job was to be CNN's eyes and ears once we were forced out of the country.

At that time, no other TV network had a presence in Kandahar. So as the United States began its response to the 9/11 attacks on October 7, our staff were able to relay details of the bombs falling around the airport.

Later we would learn the target was the al Qaeda training camps where Osama bin Laden's fighters had infamously been recorded swinging on monkey bars and crawling through mock tunnels.

That night it was enough to know the United States had gone to war.

There was little to celebrate in Kabul this week as the United States marked the tenth anniversary of its invasion of Afghanistan. The war against the Taliban is already the longest in America's history and there are few signs that it will be ending any time soon.

The Afghan capital has experienced a number of deadly, high-profile attacks this year. A supermarket, the airport, a hospital, a police station, the Defense Ministry, the supposedly impregnable Intercontinental Hotel, the British Council and the U.S. embassy have all been targeted.

The U.S.-led war in Afghanistan marked its 10th year Friday having passed two major milestones: The Taliban has been forced out of power and Osama bin Laden is dead.

But there was little observance by U.S. troops in Afghanistan, where a month earlier many participated in commemorations to mark the 10th anniversary of the September 11, 2001, terrorist attacks.

"We really celebrated the 10th anniversary of 9/11, and we were out here in Afghanistan," Marine Corps Maj. Gen. John Toolan Jr., commanding general of ISAF troops in southern Afghanistan, told reporters during a briefing on Thursday. END_OF_DOCUMENT_TOKEN_TO_BE_REPLACED 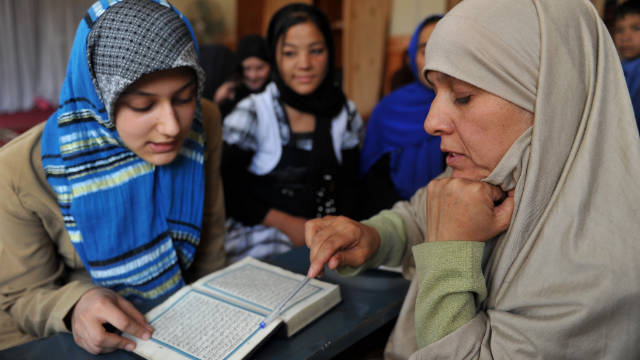