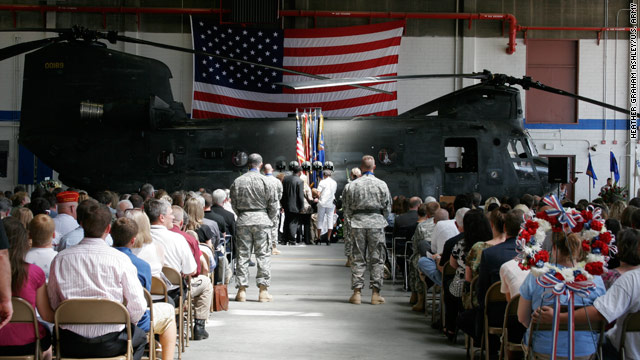 Afghan President Hamid Karzai has ordered the release of a group of would-be child suicide attackers ranging between ages 8 and 17.

Some of the 20 youngsters told Karzai that they were recruited by the Taliban, strapped with vests and ordered to detonate them near foreigners, the president's office said in a statement. END_OF_DOCUMENT_TOKEN_TO_BE_REPLACED

Two iReporters were in Kabul and captured the seconds after the explosions and what it was like in the hours that followed:

"It was 5:40 when a very strong explosion shook my house and woke me up," said iReporter Nazir Ekhlass. "The first thing that came to my mind was 'may[be] it's a rocket that hit very close to my house.'"

Ekhlass, 23, went up to his roof to immediately take the photos above. "The Taliban claimed credit for the attack," he said. "and the reason they say was 'we have defeated Britain in 1919, this attack is to refresh the defeat.'"

For iReporter Joseph Andrew Grosso, 30, the blasts hit close to home. He lives about two blocks away from the British Council. "I woke up with the first blast ringing in my ears and our whole house shaking," he wrote in his iReport.

"[I ran] to the rooftop with my friends and my camera, tousled headed but instantly awake," the New York native said. "We watched the rest of the attack all day."

Children forced to work in Afghanistan

CNN's Backstory talks with the filmmakers of "Unnoticed: Children of Kabul" – a film about child labor in Afghanistan.

The story of a 10-year-old who posted an iReport honoring his dad who died in the recent Chinook helicopter crash in Afghanistan has sparked a huge outpouring from CNN.com readers.

It was Braydon Nichols' desire, his mother, Jessica Nichols, told CNN that his dad not just be another faceless casualty in the nearly decade-long war. The boy wanted the world to see his father's face, just as news reports showed the faces of other soldiers who lost their lives in the crash. So on his iReport, Braydon posted a picture of Army Chief Warrant Officer Bryan Nichols, a pilot, in his jump uniform sitting next to other soldiers.

"Braydon wanted people to know that Bryan was a daddy and a good daddy," his mother told CNN.

Chopper tragedy and dread of 'The Knock'

Editor's note: Rebekah Sanderlin is an Army wife, a mother of two and a freelance writer who lives near Fort Bragg, North Carolina. She writes the "Operation Marriage" blog about military family life.

I was barely through my first cup of coffee Saturday morning when my husband called. He's not deployed now, but had to spend Friday night training at Fort Bragg. He'd heard rumors about the helicopter crash in Afghanistan but didn't know any details. I quickly jumped on CNN.com and found the headline "Dozens of Americans dead," and my heart fell like an anchor.

Once together, my husband and I immediately began a roll call, anxiously suggesting names to each other of everyone we know who is deployed in Afghanistan, wondering if any of our friends might be dead.

Birthday salute to an Army medic serving in Afghanistan

Joshua's mother, Margarita, says "we miss and love him very much and are anxious for him to come home."

Submit a salute of your own by visiting the special Morning Express with Robin Meade Salute To Troops assignment page at: iReport.com!

Islamabad, Pakistan - Top diplomats from the U.S., Pakistan and Afghanistan claim to be gaining ground with plans to reach a peace deal with the Afghan Taliban, but revealed little about their progress.

The trio of diplomats met here in the federal capital on Tuesday for the fourth meeting of the so-called Corp Group, established to map out a political settlement between Kabul and the Afghan Taliban, a strategy Washington now supports.

However, Afghanistan's deputy foreign minister said Kabul has yet to establish contact with key leaders of the Taliban. END_OF_DOCUMENT_TOKEN_TO_BE_REPLACED