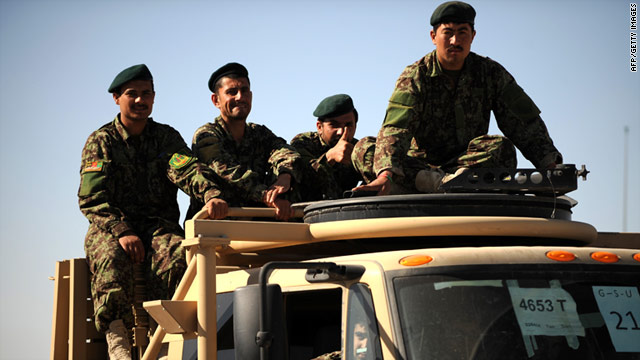 A suicide bombing targeting contractors working in eastern Afghanistan killed at least 13 people and wounded 50 others, according to conflicting accounts by NATO and government officials Monday.

The Afghan Interior Ministry described an attack that killed 20 construction workers and wounded 56 others.

The governor's office in Paktika Province had a third account of a suicide attack.

"Twenty-four people were killed and 59 people were injured while a car bomb full of explosive devices entered in to Zahir Construction Company and detonated the explosive at 8:30 p.m. last night," the governor's office said in a statement.

Civilians were accidentally killed during a NATO airstrike in Afghanistan, the organization's International Security Assistance Force said in a statement Saturday.

The statement did not specify how many civilians were killed and wounded in the Friday operation in Helmand province, which aimed to kill or capture a senior Taliban commander.

The airstrike hit two vehicles "believed to be carrying the Taliban leader and his associates based on intelligence reporting," the statement said.

The force is investigating.

Earlier this month tensions flared over the issue of civilian casualties caused by the NATO forces fighting in Afghanistan after nine Afghan boys died in a helicopter attack targeting Taliban insurgents.