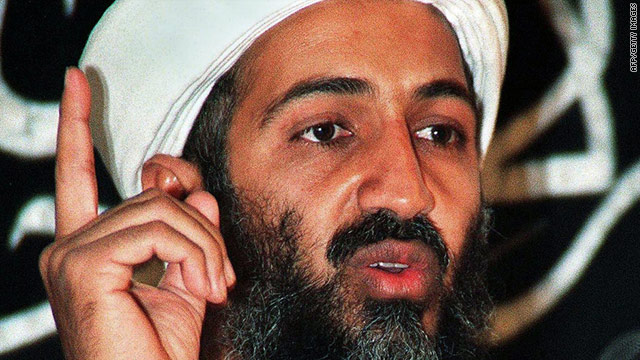 Bin Laden message warns France to pull out of Afghanistan

A speaker claiming to be terrorism mastermind Osama bin Laden warned in an audiotape aired Friday that the release of two French journalists abducted by militants hinges on France's military role in Afghanistan.

"We repeat the same message to you," said the speaker in an audio tape played on the Al-Jazeera satellite news network. "The release of your prisoners from the hands of our brethren depends on the withdrawal of your soldiers from our countries."

The speaker, believed to be al Qaeda chief bin Laden, warns the French government that its alliance with the United States will prove costly.

"The dismissal of your President (Nicolas) Sarkozy to get out of Afghanistan is the result of his subservience to the United States and this (dismissal) is considered to be the green signal to kill your prisoners without delay," the speaker said.

He goes on to say that "we will not do that at the time that suits him (Sarkozy) and this position will cost you dearly on all fronts, in France and abroad."

France, however, said it would not deter from its Afghanistan strategy.

"We are determined to stay in Afghanistan with our allies for the Afghan people," said French Foreign Ministry spokesman Bernard Valero.

Taliban militants captured the journalists - Herve Ghesquiere and Stephane Taponnier from France 3 Television - in December 2009 and threatened to kill them if their demands were not met, including the release of some detainees held by France.

France has 3,750 troops in Afghanistan, according to NATO's International Security Assistance Force.

Al Qaeda's north African wing has made the same withdrawal demands pertaining to the safety of five French nationals abducted in Niger.