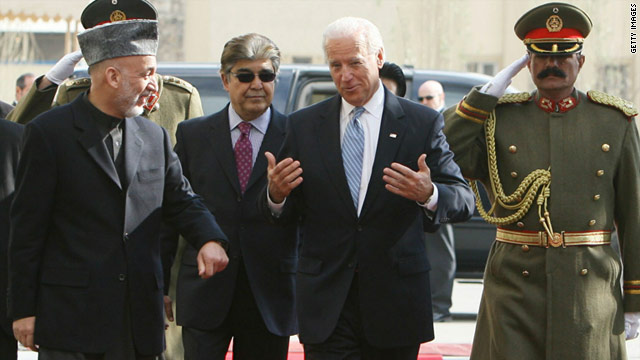 Like any good second-in-command who has been overruled, Biden got on board with the president's new direction. Still, he has been openly critical of Afghan President Hamid Karzai's lackluster efforts to tackle corruption and has questioned his credibility as a partner. END_OF_DOCUMENT_TOKEN_TO_BE_REPLACED