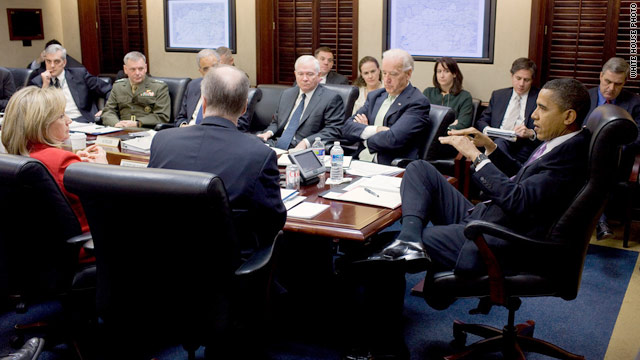 President Barack Obama is set to huddle behind closed doors with his national security team Tuesday to review the administration's policy toward Afghanistan and Pakistan - one day after the unexpected death of his diplomatic point man for the region.

Veteran U.S. diplomat Richard Holbrooke, America's special envoy to the so-called "AfPak" region, died Monday while being treated at a Washington hospital for a tear in his aorta.

Obama's monthly review of policy toward the pivotal region, however, is scheduled to continue, with Secretary of State Hillary Clinton, Defense Secretary Robert Gates and National Security Adviser Tom Donilon among those in attendance. END_OF_DOCUMENT_TOKEN_TO_BE_REPLACED