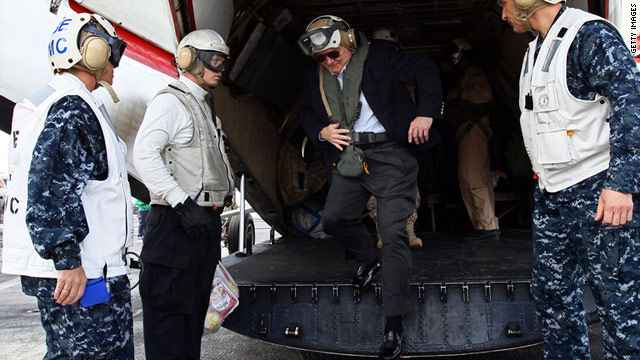 Troops get another visit, this time by Gates

U.S. Secretary of Defense Robert Gates made a surprise visit to Afghanistan Tuesday to meet with officials and deliver a pat on the back to American troops slugging it out with militants there for more than nine years.

He touched down at Bagram Air Base in a stop made just days after U.S. President Barack Obama's trip to the country and on the same day British Prime Minister David Cameron was traveling there.