Slain aid worker's parents to start charity in her name 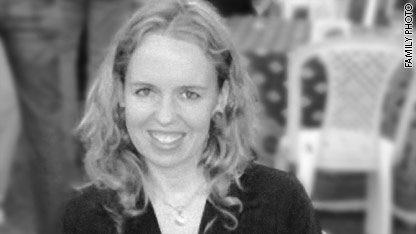 British aid worker Linda Norgrove was killed in a rescue attempt earlier this month, 13 days after she was kidnapped in eastern Afghanistan.

On the morning of September 26, Linda Norgrove was in an unmarked Toyota Corolla traveling from Asadabad to Jalalabad in eastern Afghanistan, a spectacular route with towering mountains to the right and a broad river to the left. Spectacular but also very dangerous - ambush country in a part of Afghanistan where many different groups, including criminal gangs, the Taliban and al Qaeda, have a presence.

Thirteen days after she was led off into the steep mountains above, Norgrove was killed during a rescue attempt by U.S. Navy Seals.

Today, her parents have started a charity in her name. FULL STORY

Drug raids net $56m worth of heroin in Afghanistan

U.S. and Russian authorities seized nearly $56 million worth of high-quality heroin in Afghanistan's Nangarhar Province this week, according to the Drug Enforcement Administration. It was the first time Russia deployed military personnel to work with U.S. troops in Afghanistan.  FULL STORY