CNN's Martin Savidge talks with parents of a U.S. soldier who was killed after four tours of duty in Iraq and eight in Afghanistan. Sgt. 1st Class Lance H. Vogeler, 29, of Frederick, Maryland, died October 1 in Bastion, Afghanistan, of wounds suffered in Helmand, Afghanistan.

More: Home & Away: Casualties in Iraq and Afghanistan

Vogeler's widow Melissa is expecting a child, and a trust account has been set up for the unborn son. Those wishing to donate to a trust fund for Baby Boy Vogeler can contact the Coastal Bank Johnson Square office and mention Baby Boy Vogeler or the parents' names.

The website said a fighter named Abu Askar al-Almani and three other Jihadists had been "martyred" by the missile strike against a base in Waziristan, where German and Tajik fighters were living. German officials say al-Almani is the nom de guerre of Shahab Dashti, an Iranian-German who left Hamburg, Germany, with 10 other suspected militants in the spring of 2009. END_OF_DOCUMENT_TOKEN_TO_BE_REPLACED 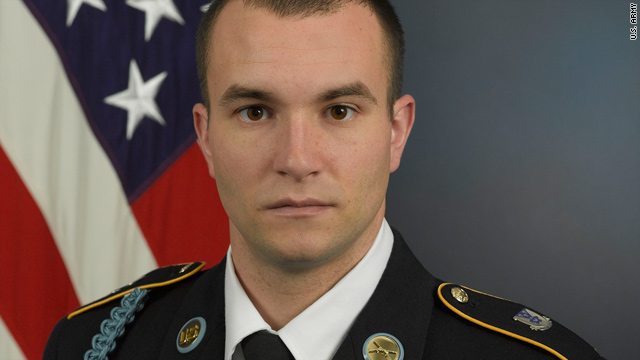 "When I first heard that they were putting me in for the Medal of Honor, I felt lost, I felt kind of angry, I felt, I think, angry," he said in an exclusive interview. "Just because, you know, this is so big. This is, it came at such a price. It came at the price of a good buddy of mine, not just Brennan. But Mendoza. Mendoza died that night as well. And people want to put a medal around my neck." END_OF_DOCUMENT_TOKEN_TO_BE_REPLACED

Watching the worst terrorist attack in the nation's history on a TV at CIA headquarters was like a punch in the stomach for Gary Schroen.

The 35-year veteran of the CIA had just entered the agency's retirement program when planes struck the Twin Towers in New York and the Pentagon on September 11, 2001.

Schroen's career had been spent mostly overseas as a covert officer in the Middle East and Southwest Asia. Now in his late 60s, he felt he was going to miss what could be the agency's biggest battle in a land he knew well.

Two days later he was at the forefront, summoned back to duty to lead the first U.S. team into Afghanistan. His mission: Hook up with the opposition Northern Alliance, help beat back the Taliban army and, as he was instructed by his CIA boss, "Find [Osama] bin Laden, kill him and bring his head back to the United States in a box on dry ice." END_OF_DOCUMENT_TOKEN_TO_BE_REPLACED

Zakaria: Leaving Afghanistan will be 'messy'

Read a transcript of the full interview