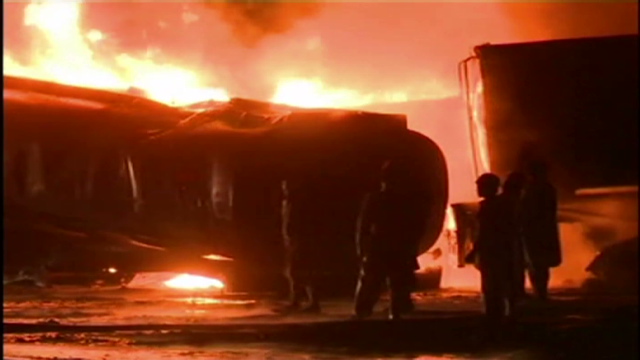 Attackers in Pakistan hit another convoy carrying fuel for NATO troops in Afghanistan on Monday, killing one person, authorities said.

It's the fourth attack in as many days on convoys carrying fuel to support the NATO forces.

Gunmen fired on a convoy of oil tankers in the Kalat district of Pakistan's western Balochistan province, said Bashir Ahmed, a police official in Kalat. One person died, police said.

Attackers struck two convoys on Friday and a third on Sunday.

The Pakistani Taliban has claimed responsibility for two of those attacks, a central spokesman for the militant group told CNN by telephone Monday.

One of the attacks took place Friday against a convoy of NATO supplies near Shikarpur in the southern Sindh province. The other took place Sunday in the capital of Islamabad, killing three local guards.