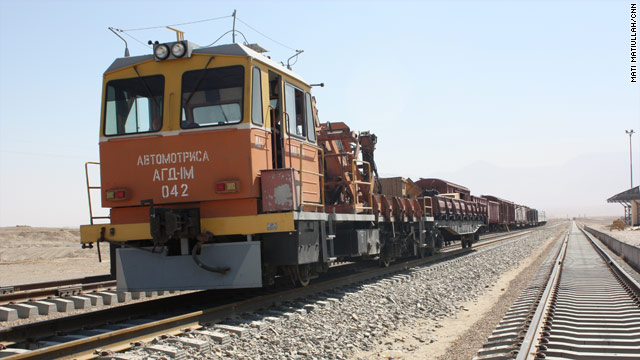 In fact, the first modern railroad in Afghanistan in nearly a century is nearing completion in the north of the country.
END_OF_DOCUMENT_TOKEN_TO_BE_REPLACED

Tapes obtained by CNN of interrogations of a group of U.S. servicemen charged with the unprovoked killings of Afghan civilians describe gruesome scenes of cold-blooded murder carried out under the influence of illegal drugs.

The following is a partial transcript of those tapes, between a military investigator and Cpl. Jeremy Morlock, one of the five U.S. soldier charged with the premeditated murder of three Afghan civilians.

"So we met this guy by his compound, so Gibbs walked him out, set him in place, was like standing here," said Morlock, detailing how, on patrol earlier this year and under the command of his sergeant, Calvin R. Gibbs, he and others took an Afghan man from his home, stood him up and killed him.

"So, he was fully cooperating?" the military investigator asks on the tapes.

A soldier departs for Afghanistan

It was the 19th suspected drone strike in Pakistan this month. That's the highest number in any month since the United States began attacks with the unmanned aircraft, according to a CNN count.
END_OF_DOCUMENT_TOKEN_TO_BE_REPLACED 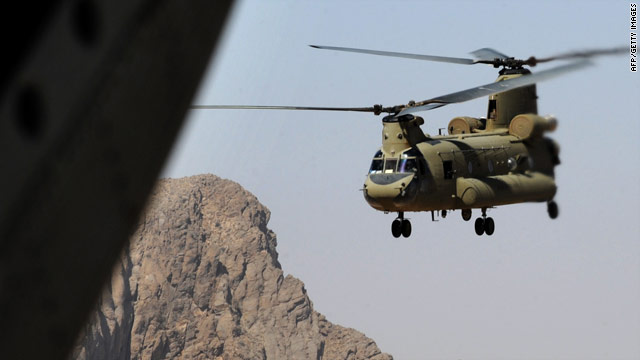 NATO helicopters crossed into Pakistani airspace from Afghanistan in pursuit of insurgents over the weekend, killing 49 people, a spokesman told CNN Monday.

Pakistan is very sensitive about United States-led military operations on its territory and issued a strong protest Monday.

Pakistan called the incursions "a clear violation and breach" of the United Nations rules for foreign forces in Afghanistan.
END_OF_DOCUMENT_TOKEN_TO_BE_REPLACED