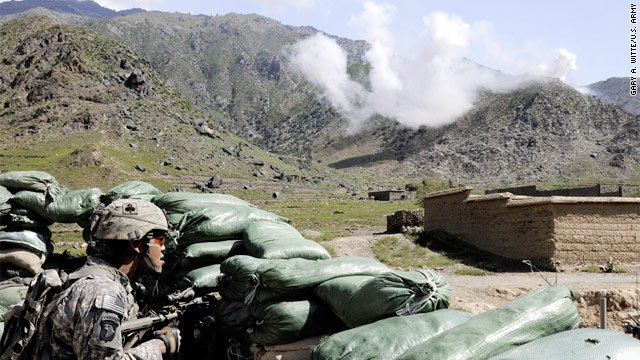 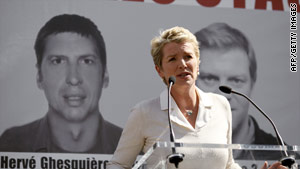 Two French journalists seized by Taliban militants in Afghanistan late last year appeared to be "holding up" when they were contacted by phone, a French official said Friday.

"We were able to speak with them over the phone," Edouard Guillaud, head of the French military, told French radio station Europe 1.
END_OF_DOCUMENT_TOKEN_TO_BE_REPLACED

Two newsmen who were detained by security forces earlier this week in Afghanistan have been freed, NATO's International Security Assistance Force said on Friday.

Suicide attack, failed strike on base

Violence erupted in Afghanistan on Friday, when a suicide bomber killed a civilian in the north and troops repelled an attack on a base in the east, NATO's International Security Assistance Force said.

A blast near an ISAF convoy in Balkh province in the north heavily
damaged a civilian bus traveling behind the convoy. Along with the one dead, 15 were wounded.

Warfare has long plagued eastern and southern Afghanistan, but attacks
have risen in the north in recent months.

"Despite their guidance to avoid harming civilians, the Taliban continue
to completely disregard innocent civilian lives with their indiscriminate
tactics. Their egregious acts go against religious and normal codes of
conduct," said U.S. Army Col. Rafael Torres, an ISAF spokesman.

In the east, a failed attack on Forward Operating Base Gardez in Paktiya
province led to the deaths five insurgents and the capture of another.

A vehicle followed by four suicide-vest-wearing insurgents tried to
breach a fortified part of the base.

Troops destroyed the vehicle, disrupted the attack, and killed attackers
trying to flee. Coalition forces were attempting to pursue about 20 other of
the attackers.