Ten family members were injured in a rocket attack in eastern Nangarhar province, a spokesman for the governor of the province said. In a separate attack, two people were killed in a western province.

He said three rockets hit east of Jalalabad city from an unknown origin on Sunday night. One rocket did not detonate, a second hit land but did not cause any casualties, and a third hit a civilian residential house, the spokesman said.

Ahamadi said the IED was placed in a motorbike and detonated in the center of the Sangin district of the province. 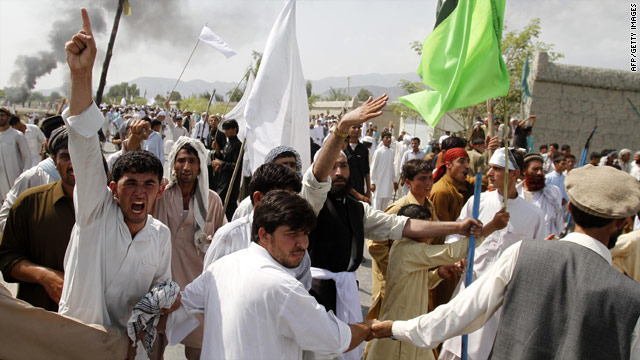 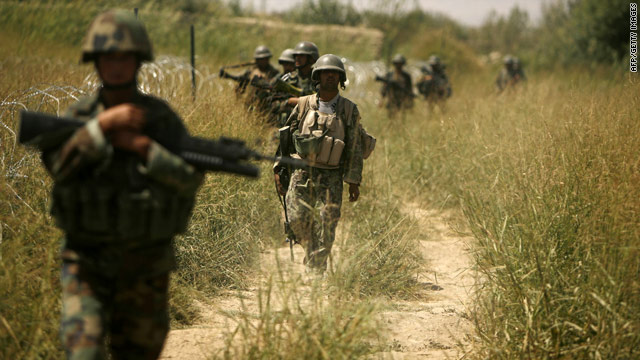 Afghan and NATO troops found him in a compound in the village of Kambu, they said in a statement.

They first called by loudspeaker for everyone to come out peacefully, but some residents "were unresponsive," the military said.

As troops moved in, "several armed insurgents inside the compound displayed hostile intent," the force said.

They engaged and killed the five insurgents, including the Taliban commander, they said.

Afghan President Hamid Karzai - whose country harbored the al Qaeda terror network when the group attacked the United States nine years ago - used the September 11 anniversary to deplore the assault and call for an effective counterterrorism strategy in the longstanding Afghan war.

"The Afghan government is asking the international community for a lasting counterterrorism strategy," said Siamak Herawi, a Karzai spokesman who relayed the president's message Saturday.

"Afghanistan's villages are not the sanctuaries for these terrorists and Afghan lives should not be sacrificed for terrorism that has another base and home," the message said, making reference to militant bases across the Afghan border in Pakistan.