In only eight months, 2010 has become the deadliest year for U.S. troops in Afghanistan, according to a CNN count of Pentagon and NATO figures.

At least 321 troops have died so far in 2010, the highest yearly toll since the conflict began nearly nine years ago. The previous high was last year's 313 American deaths. END_OF_DOCUMENT_TOKEN_TO_BE_REPLACED 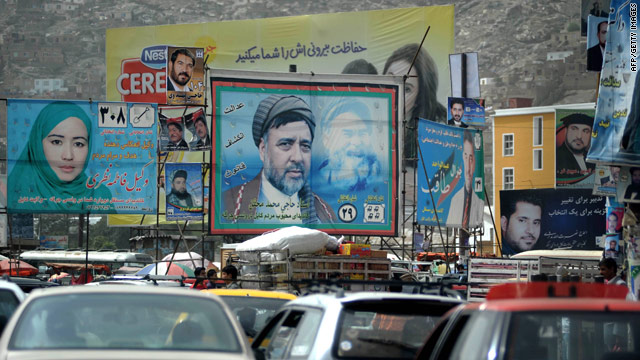 Afghanistan's election commission says violence against candidates and their supporters for September's parliamentary polls is increasing.

Three candidates and 13 candidate supporters have been killed and 15 people from various candidate campaign teams have been injured. END_OF_DOCUMENT_TOKEN_TO_BE_REPLACED

Afghanistan's ambassador to the United States, Said T. Jawad, confirmed Tuesday that he has completed his service as ambassador but he adamantly denied that he has been forced out by what he called "a smear campaign." END_OF_DOCUMENT_TOKEN_TO_BE_REPLACED