A dirt road leads to the "Kabul Golf Club," the only golf course in Afghanistan. The course was opened in 1967, but shut down when the Taliban gained power in Afghanistan's civil war.

The nine-hole course reopened in 2004 - after the fairways were cleared of abandoned Soviet tank parts, artillery pieces and mines. (More on the golf course)

Investigators were traveling to western Afghanistan on Thursday to probe a shootout that killed two Spanish soldiers, an interpreter and a police officer. END_OF_DOCUMENT_TOKEN_TO_BE_REPLACED

Five U.S. soldiers facing murder charges in the deaths of three Afghan civilians earlier this year have now been charged with "conspiracy to commit premeditated murder," and seven more soldiers have been charged in connection with the probe into the incidents.  END_OF_DOCUMENT_TOKEN_TO_BE_REPLACED 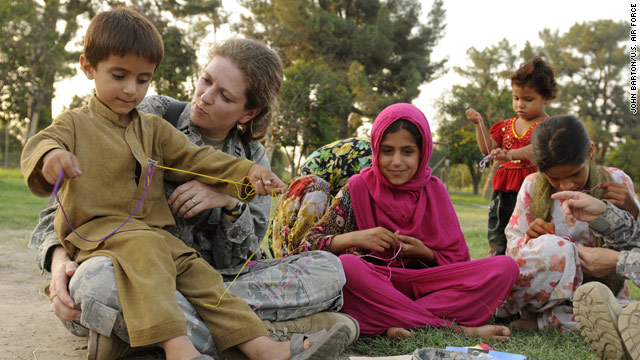 Danner-Jones is a member of the Nangarhar Provincial Reconstruction team stationed at Forward Operating Base Finley Shields in Jalalabad, Afghanistan.

Eight policemen were killed and one wounded Thursday in an insurgent attack on a police post in Kunduz province, northeast of Afghanistan, a spokesman for the provincial governor said. A group of insurgents attacked the post early in the morning, said the spokesman, Mohibullah, who only goes by one name. A tenth policeman survived the attack, he said.