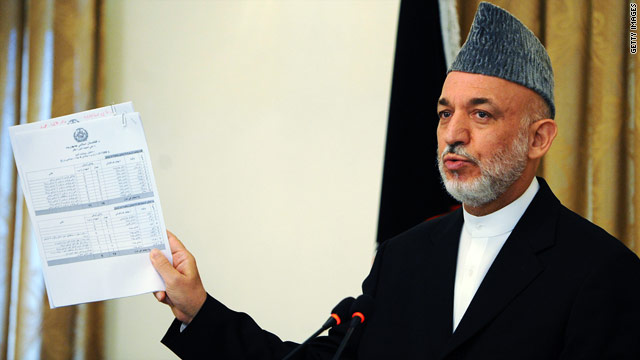 Afghanistan's president said he is incensed that leaked secret U.S. military documents include the names of Afghan informants.

"This indeed is very irresponsible and shocking," President Hamid Karzai told reporters on Thursday.  "Because whether those individuals acted legitimately or illegitimately in providing information to the NATO forces, they are lives, and their lives will be in danger now."

U.S. military officials were assessing what damage could be done to intelligence contacts in Afghanistan after a number of names of local Afghans working with the U.S. military appeared on documents leaked by the WikiLeaks website. Officials are concerned that potential new contacts may be reluctant to help out of the fear that the United States can't protect sources.

Karzai said that authorities must determine the context in which those names are mentioned "and then act accordingly."

"This is a very serious issue," he said.

Karzai said Afghan officials are hopeful that allies and neighboring nations "are learning something new from
these documents and we learn lessons for our future strategy."

In an apparent reference to allegations in the documents that Pakistan's spy service was helping militants in Afghanistan, Karzai said Afghans have long known that secret services of foreign countries were influencing Afghanistan.

But he said the WikiLeaks documents are something new for the international community, which could learn lessons to help them formulate strategies.

"Afghans have known what has been going on in their country and the Afghans were raising their voices in this regard, but this is something else as to why the world was not paying attention to it," he said.