A CNN review of the documents found numerous situational reports from troops in the field who name local individuals who either come forth with information or work with the military on a regular basis. References to such documents in this article are in only general terms. END_OF_DOCUMENT_TOKEN_TO_BE_REPLACED

Among the 90,000 secret U.S. military documents posted on the internet this week by WikiLeaks are more than a dozen reports of possible attacks on Afghanistan coalition aircraft using heat-seeking shoulder-fired missiles.

It was that type of missile that brought down numerous Soviet military aircraft when the Soviet Union tried to occupy Afghanistan in the 1980s. END_OF_DOCUMENT_TOKEN_TO_BE_REPLACED

Italian Senate speaker Vanino Chiti announced.the deaths on the Senate floor, and a minute of silence was observed. END_OF_DOCUMENT_TOKEN_TO_BE_REPLACED

The tiny Pacific nation of Tonga will be sending troops to Afghanistan later this year, in part to create jobs and address the islands’ unemployment problem.

A contingent of 55 Tongan soldiers is expected to begin service in Afghanistan in November, the first of 275 soldiers committed over a two-year period by the Tongan government, END_OF_DOCUMENT_TOKEN_TO_BE_REPLACED 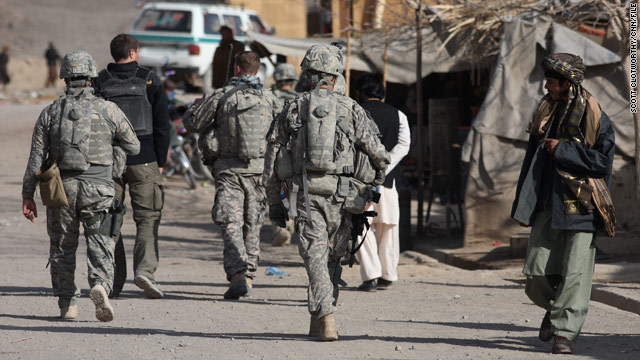 Toll of enemy ambushes
Some of the leaked messages reveal a strategic pattern of hit-and-run ambushes by enemy forces operating in Afghanistan - attacks that the U.S.-led military coalition began to treat as routine occurrences. END_OF_DOCUMENT_TOKEN_TO_BE_REPLACED

[Update 12:36 p.m. ET] The FBI is assisting in the investigation as well, its director, Robert Mueller, said Wednesday. Full story

[Update: July 28, 9:38 a.m. ET] The Pentagon is focusing on jailed Army Pfc. Bradley Manning as the main suspect in the leak of tens of thousands of secret U.S. military documents related to the war in Afghanistan, a senior Pentagon official told CNN.

Manning, 22, is believed to have accessed a worldwide military classified Internet and e-mail system to download tens of thousands of documents, according to the official, who would not be identified because of the ongoing criminal investigation of Manning.

Manning was charged in June with eight violations of the U.S. Criminal Code for allegedly illegally transferring classified data, reportedly including an earlier video that wound up on WikiLeaks.org, the website that released the Afghanistan reports Sunday.

The Army is currently considering whether he should face the military equivalent of a trial over the charges. END_OF_DOCUMENT_TOKEN_TO_BE_REPLACED

ISAF spokesman Col. Hans Bush said the Luna UAV had mechanical problems and went down in a Taliban stronghold area in Kunduz province.

He said there had been reports of the Taliban seizing a "reconnaissance plane" after an emergency landing, but those accounts are "misleading." END_OF_DOCUMENT_TOKEN_TO_BE_REPLACED

At least 25 Afghan civilians were killed when their bus hit a roadside bomb in southwestern Afghanistan on Wednesday, the provincial governor said.