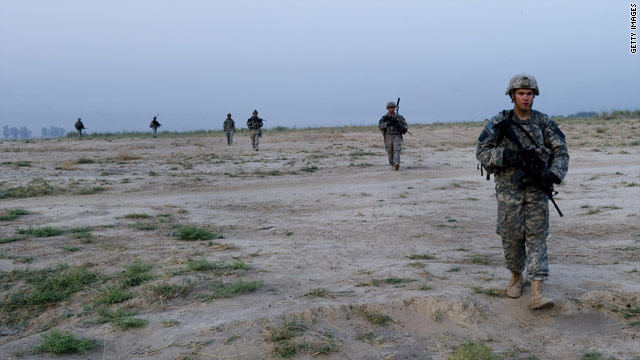 American officials from the president on down tried Tuesday to downplay the leak of tens of thousands of documents about the war in Afghanistan, a disclosure experts are calling the biggest leak since the Pentagon Papers about Vietnam.

Pentagon officials have not yet found anything top-secret among them, a Defense Department spokesman told CNN Tuesday.

"From what we have seen so far the documents are at the 'secret' level," Col. David Lapan said. That's not a very high level of classification.

Lapan emphasized that the Pentagon has not yet looked at all the more than 75,000 documents published on the WikiLeaks.org website on Sunday.

President Barack Obama said Tuesday that he is "concerned about the disclosure of sensitive information" about the U.S. mission in Afghanistan, but asserted that the documents included in the disclosure don't shed much new light on the issue.

And Senate Foreign Relations Committee Chairman Sen. John Kerry, D-Massachusetts, said Tuesday the importance of the leak should not be overstated.

"I think it's important not to over-hype, or get excessively excited about the meaning of those documents," Kerry told the committee.

But, he said, the leak "breaks the law and equally importantly it compromises the efforts of our troops, potentially, in the field and has the potential of putting people in harm's way," he said.