The U.S. Embassy in Kabul said it had been informed of deaths and serious injuries among the Afghans in the accident. After the accident, people burned the American vehicle and another going with it and they threw rocks at Americans. END_OF_DOCUMENT_TOKEN_TO_BE_REPLACED

UNITED NATIONS — Two former Taliban envoys, one to the United Nations and the other to Pakistan, are among five people who've been removed from a U.N. Security Council sanctions list, the council said. END_OF_DOCUMENT_TOKEN_TO_BE_REPLACED 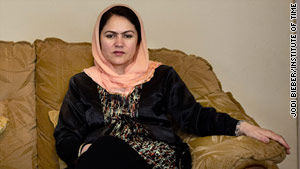 TIME Magazine examines women in Afghanistan and how some have embraced the freedoms that have come from the defeat of the Taliban — and how they fear a Taliban revival.  Fawzia Koofi, in photo at right, is one of those women. The former deputy speaker of Parliament, Koofi is very outspoken on women's issues. She is running again for a second term in parliament, but fears that new election rules may make it more difficult to succeed. She fears that outspoken women like her will be sidelined.

More: Cover story: Afghan women and the return of the Taliban

Soldier reunited with dog from Afghanistan

The incidents occurred Thursday in the eastern and southern parts of the country. END_OF_DOCUMENT_TOKEN_TO_BE_REPLACED 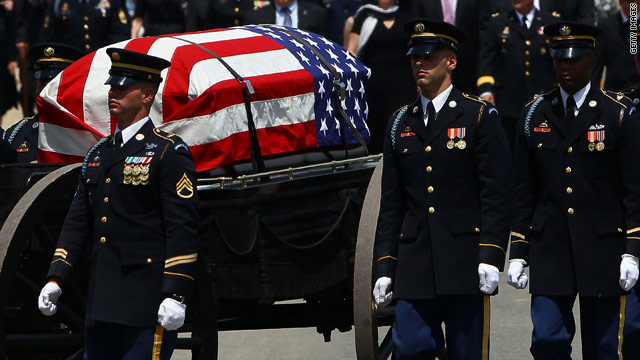 Their deaths bring the July tally to 66. A total of 88 international service members, including Americans, have died this month. END_OF_DOCUMENT_TOKEN_TO_BE_REPLACED

Top military official: WikiLeaks founder may have "blood" on his hands

The top U.S. military officer said Thursday that Julian Assange, founder of WikiLeaks, was risking lives to make a political point by publishing thousands of military reports from Afghanistan.

"Mr. Assange can say whatever he likes about the greater good he thinks he and his source are doing, but the truth is they might already have on their hands the blood of some young soldier or that of an Afghan family," Adm. Mike Mullen, chairman of the U.S. Joint Chiefs of Staff, said at a news conference at the Pentagon.

In equally stern comments and at the same session, Secretary of Defense Robert Gates said the massive leak will have significant impact on troops and allies, giving away techniques and procedures.

"The battlefield consequences of the release of these documents are potentially severe and dangerous for our troops, our allies and Afghan partners, and may well damage our relationships and reputation in that key part of the world," Gates said. "Intelligence sources and methods, as well as military tactics, techniques and procedures will become known to our adversaries."

WASHINGTON (CNN) — U.S. forces stationed at or in the vicinity of Forward Operating Base Bermel, located near the border with Pakistan, were subject to repeated attacks from Turkish militants in 2007. Detailed reports on these attacks emerged among the tens of thousands of documents on the war in Afghanistan published by WikiLeaks earlier this week.

NATO ally Turkey has sent peacekeeping forces to Afghanistan. The documents, though, describe attacks on NATO positions by Turkish insurgents. The Turkish embassy in Washington, D.C. did not respond to CNN's request for comment for this story. END_OF_DOCUMENT_TOKEN_TO_BE_REPLACED