Civilians or fighters? Debate lingers over deaths at housing compound

KUSHKAK, Nangarhar — Friends and family in the Kushkak village of Afghanistan's Nangarhar province pray for those who died.

Nine people were killed in a joint NATO-Afghan operation on May 13. The family says they were innocent civilians and it is a case of mistaken identity. The U.S. military does not agree.

Col. Wayne Shanks says they had concrete intelligence that a Taliban sub-commander was in the housing compound at the time and was planning an imminent attack on a U.S. base. "It was an urgent need for us to go in and stop the attack to prevent casualties on our side but also innocent casualties," he said. 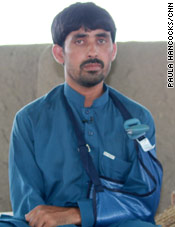 Kushkaki says he was detained and asked about his gardener – who was killed in the attack and who the military said was the wanted Taliban member. Kushkaki tells CNN, "Their information was wrong, he came to work here as a gardener when he was 7 years old. He's been working for us for 17 years. In all that time, I never saw him with the Taliban or with a rocket."

After four days, Kushkaki says, he himself was released without charge which he says proves his innocence and the military's mistake.

Thousands of miles away in London, Fatima Ayub has been campaigning for night raids to stop and offering help to bereaved families. Ayub works for the Open Society Institute, a private human rights organization. 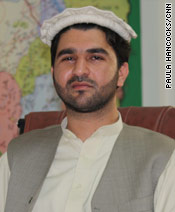 Nasrutullah Arsala says these cases widen the gap between the people and the government.

This time the attack is too close to home - those targeted were members of her extended family. "I'm in a unique position having been affected by this personally, but also working on it professionally, but at the end of the day I think we, along with every other Afghan family who's affected like this, wants an answer."

Gen. Stanley McChrystal, the top U.S. and NATO commander in Afghanistan has sought to minimize the use of night raids, noting past public anger, but Ayub says it's not enough.

She says it is very hard for families like hers to get information from the international forces.

"Families have no idea what's happened," Ayub said. "A lot of times these raids are premised on faulty evidence so someone will give a time to the international forces that "hey, there's an insurgent in this house," a raid will happen, it'll have tragic consequences and then there is just a dead silence."

Nasrutullah Arsala, head of Nangarhar provincial council, tells CNN, "There's no doubt that when these cases happen, the people rise up and the gap between the government and people widens."

The U.S. says they found weapons at the house; the family says they had licenses for them. The U.S. military says they also found part of a rocket launcher, but Kushkaki insists the incident has been a case of mistaken identity. 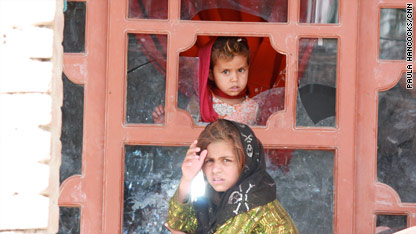 Children sit by the broken glass at their home in Kushkak