U.S. Army Corporal Mark Woodyard teaches children at the Sanayee High School in the Ghazni province how to do push-ups. Woodyard is a security forces member assigned to the Texas Agribusiness Development Team and deployed to Forward Operating Base Ghazni, Afghanistan. 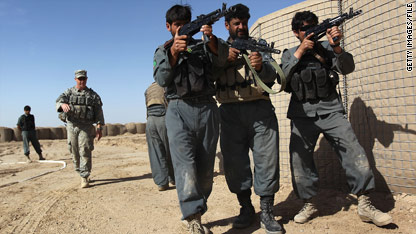