Around the Web: NATO, Afghanistan and Prague

After the collapse of the Dutch government over the question of its role in Afghanistan, observers said it could be a preview of things to come with the NATO coalition.

Today, Sean Carney of the Wall Street Journal reports that NATO General Secretary Anders Fogh Rasmussen, who was in Prague, received “mixed reactions to his request that the Czechs boost their contingent in Afghanistan.”

Carney writes: “Mirek Topolanek, the leading right-leaning politician and head of the Civic Democrat party, or ODS, fully agreed with Rasmussen’s point of view that all members of the military alliance should show solidarity and support the ramping up of US troops in Afghanistan. He supports the increase.

END_OF_DOCUMENT_TOKEN_TO_BE_REPLACED

British soldier jailed for refusing to fight in Afghanistan 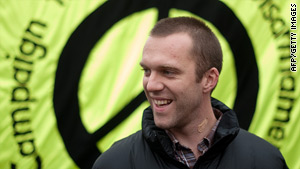 London, England - A British soldier who went absent without leave rather than return to fight in Afghanistan was jailed Friday for nine months by a military court, officials said. A Ministry of Defence spokesman confirmed that Lance Corp. Joe Glenton had been convicted by a military judge at a court martial in Colchester, southeast England. END_OF_DOCUMENT_TOKEN_TO_BE_REPLACED

The official did not say when or how Agha Jan Motasim was arrested. He asked not to be identified because he is not authorized to speak to the media. END_OF_DOCUMENT_TOKEN_TO_BE_REPLACED