ISLAMABAD, Pakistan (CNN) - The Pakistani military on Sunday was looking into a local report that the region's Taliban leader died, officials said. State broadcaster PTV reported that Hakimullah Mehsud, the Taliban commander in Pakistan, was wounded in a drone attack this month, and that he died and was buried last week.  PTV cited local sources and its correspondent in North Waziristan.

But military spokesman Maj. Gen. Athar Abbas told CNN that "we cannot yet confirm" Mehsud's death. Pakistani Interior Minister Rehman Malik told CNN on Sunday that they have received reports of the Taliban leaders death, but also could not immediately verify it.

Mehsud has been the target of suspected U.S. drone attacks in Pakistan. The U.S. military routinely offers no comment on reported attacks by drones, or unmanned aircraft.

The Taliban leader's status came into question following two drone attacks aimed at him this month. 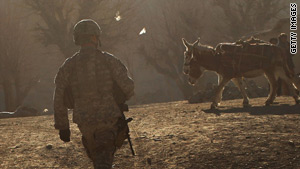 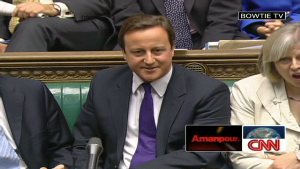 Reuters, sourcing a United Nations official, reports that Kai Eide, the U.N. representative for Afghanistan, met with members of the Taliban in Dubai earlier this month “to discuss the possibility of laying down their arms.”

“The official said it was the first time such talks had taken place with members of the Taliban's top council, named after the Pakistani city of Quetta where Washington says it is based.”

The Wall Street Journal’s Alan Cullison, also quoting a U.N. official, reports: ”The official declined to say how high-level the Taliban officials were.

"He said the Afghan government was informed of the meeting, which took place earlier this month after the U.N. representative, Kai Eide, addressed the U.N. Security Council in New York on January 6.”

END_OF_DOCUMENT_TOKEN_TO_BE_REPLACED

(CNN) - A newly released audio message allegedly from al Qaeda leader Osama bin Laden condemns the United States and other industrial nations for causing climate change. The message was released Friday by the Arab network Al-Jazeera, based in Doha, Qatar.

"This is a message to the whole world about those responsible for climate change and its repercussions – whether intentionally or unintentionally – and about the action we must take," bin Laden says in the tape, according to  Al-Jazeera's Web site. "George Bush junior, preceded by congress, dismissed the [Kyoto Protocol] agreement to placate giant corporations. And they are themselves standing behind speculation, monopoly and soaring living costs."

The Kyoto Pact is a U.N. treaty adopted in December 1997, which has been signed by more than 100 nations, excluding the United States.

It was not immediately clear if the message represented an entire tape or was part of a previous one.

Last weekend, another purported tape from bin Laden was released in which he claimed responsibility for an attempt to blow up a plane en route to Michigan on Christmas Day. CNN could not independently confirm the authenticity of either message. However, the CIA has in the past confirmed Al-Jazeera reports on tapes from the al Qaeda leader.

France will not send any more combat troops to Afghanistan, French Foreign Minister Bernard Kouchner told CNN Thursday, reinforcing his country's opposition to joining the U.S.-led surge there. Kouchner, speaking with CNN's Christiane Amanpour from the one-day meeting on Afghanistan that drew representatives from more than 60 countries and organizations to London, said, "No more fighters. We are in charge. We don't want to send more troops to fight."

But Kouchner did not rule out the possibility of sending more trainers for the Afghan army and police. France currently has about 3,500 troops in Afghanistan, just over a third the number that Britain has deployed there. END_OF_DOCUMENT_TOKEN_TO_BE_REPLACED

CNN's Dan Rivers visits the site of where an Afghan cleric was shot on Thursday, and speaks to witnesses and other residents to hear their reactions.

"An attempt has been made by insurgents to launch a co-ordinated attack on the Afghan National Army in Lashkar Gah," a statement from NATO's International Security Assistance Force said. "Although firing continues, the attack has been contained by ISAF and [Afghan National Army] forces."

The attack was largely limited to a four-story building near the barracks and mostly involved gunfire, the ISAF statement said. Five or six suicide attackers also got into the building but were stopped before all of them could explode their suicide vests, Gen. Maiuddin Ghori, commander of the Afghan Army in Helmand province, said.

The spokesperson to the governor told CNN all the attackers had been killed, and there were no reports of civilian casualties.

Around the Web: Talking aid and timelines

Robert Marquand of the Christian Science Monitor reports that while discussions about aid were a part of the discussion at the London conference, “clear signals were also delivered that the U.S. and its NATO allies are crafting a departure strategy and determined to transfer security responsibility to Kabul within five years.”

“The back story and underlying meaning of the Jan. 28 conference appears to be a slow but inexorably developing script of transition, handoff, and departure. The conference communique and language of UN, NATO, US, and UK diplomats here was rife with “timelines” and “deadlines,” and laden with allusions of exit,” Marquand writes.

Other reporting from the conference: BBC; ABC News; Reuters; The Guardian; The Economist.